I've collected up a bundle of useful Chinese language learning resources to kick start your learning or give a boost of momentum to a flagging study schedule. This is the Pack I wish I had had when I started learning Chinese!

This Learn Chinese Characters Academy Common Core is constantly being upgraded with new content. Don't worry though as everyone who buys the pack now will get future updates for free (even when the pack price rises!).

Let's have a look at what's in the Learn Chinese Characters Academy Common Core and see how it will help take your Chinese to the next level. Learning Chinese Characters? Put them on your wall!

There's no need to know all 50,000 Chinese characters to read and write Chinese. Want to learn to read and write Chinese fast? Then make sure you are focusing on learning the right material!

The most common 100 characters make up ~70% of ALL written language.

If you want to be reading and writing Chinese fast, don't waste time learning the rare characters you won't use but instead focus on the most common

Numbers of Characters known against % of Written Language Mastered Close up on the Hanzi WallChart Most Common Chinese Character Poster How to Use Your Hanzi Wallchart Having the Chinese characters around you in a noticeable place is a great way to expose you to the characters.

Equally having a giant wall chart of the characters is a great way to give you a gentle nudge you need to study actively when feeling unmotivated.

Hanzi WallChart is a really neat way to see how many more characters you need to master and (more importantly!) the ones you already know!

Visually track your progress through the written language and identify characters you need to study. The most Common Chinese Words by HSK Level What's the Difference between a Chinese character and a Chinese word?

Tricky question as some Chinese words are single characters!

However, the vast majority of Chinese words are 2 characters long. 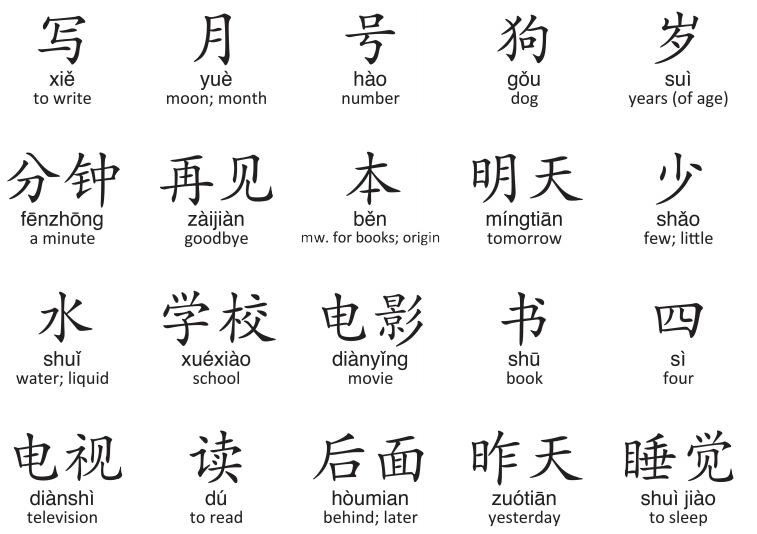 My kids are learning Chinese at school and I got them each a poster for their rooms. They love them! Their friends are very jealous!

Multiple Sizes and Orientations - All Included

This posters are delivered as printable PDFs NOT physical posters! 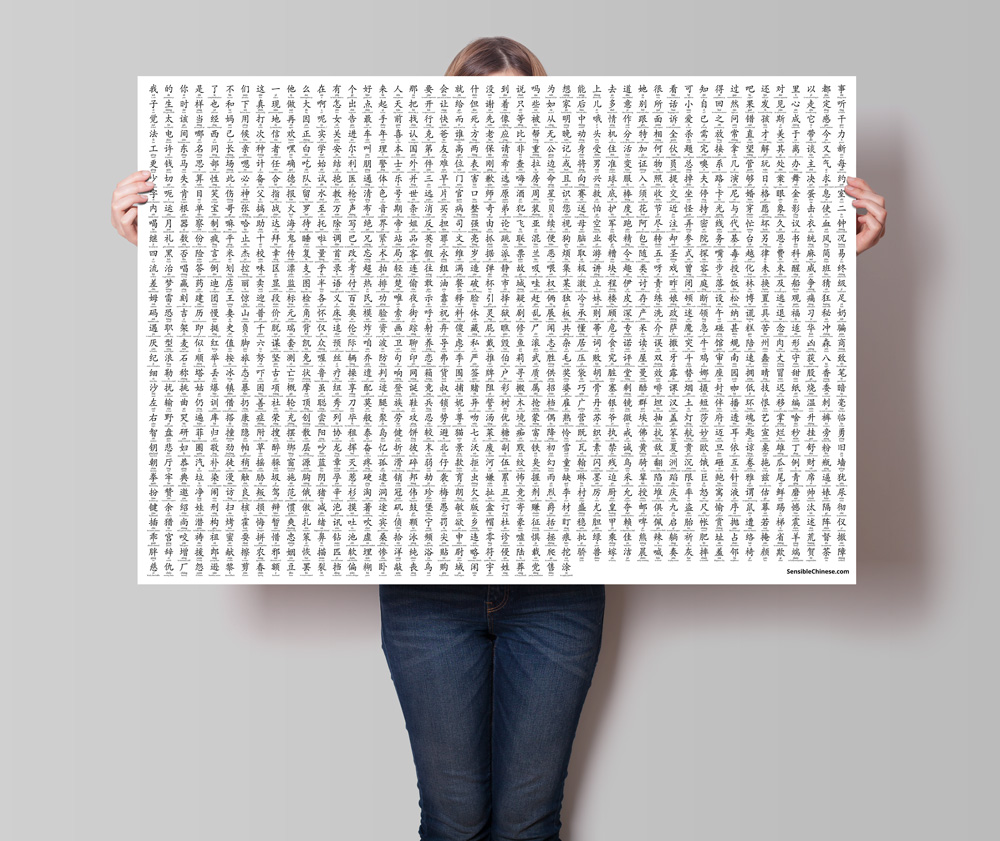 All Posters come in both Simplified AND Traditional Character Variants!

Please note: These posters as printable PDFs and NOT physical posters!

Save time with these ultra-condensed Chinese language and grammar CheatSheets. Pre-Built Anki FlashCard Decks of the 1500 Most Common Characters

With any purchase of our Complete Digital Download Package we'll include a copy of popular Characters to Words eBook. Also available as a printed book on Amazon for $15

Please note: Everything in this package is a digital download. You'll get download links in the confirmation email AND be given access to the files via your online portal (Login details created at Checkout).

There are no physical posters in the package - only printable PDFs in both A4/A3 versions (for home printing) and A0, A1, A2 sizes for printing at a print shop