Over the last few weeks we’ve had a couple of articles from Outlier Linguistics about their upcoming Chinese dictionary based on the use of functional components to better understand and remember Chinese characters.

1. Outlier Linguistics have announced that their dictionary will be an add-on within the excellent Pleco dictionary.

2. Outlier Linguistics’ Kickstarter launched this week so you’ve got an opportunity to not only help the project but also pick up some neat rewards for backing the campaign.

“I think it’ll be a really great addition to Pleco. It’s going to help people get into where characters come from, what they mean, how they work — really at a much more linguistically rigorous level than it’s ever been done before.”

Outlier Linguistics have also put together a video to explain the goals of the dictionary and how the Kickstarter will help reach those goals. It’s very exciting stuff for learners of Chinese.

If you are at an early level of Chinese you may be wondering why this is such a big deal. In short, it’s hard to memorize a lot of characters without understanding how they are constructed. Each character has “pieces” that when combined take on different meanings and pronunciation. The traditional and very inefficient way to learn these pieces and the characters they make up is to use brute force memorization. That’s painful and time consuming.

Nowadays we tend to break characters down a bit more and try to understand the pieces that make up the character more. Up to now this has been difficult to accurately do because there are few reference books or webpages that give us the full story in English. These resources exist in Chinese but you already have to know Chinese to access the information!

Outlier Linguistics are not only bringing this information to English language speaking Chinese learners but also putting it into a digitized tool without the most popular Chinese dictionary Pleco. 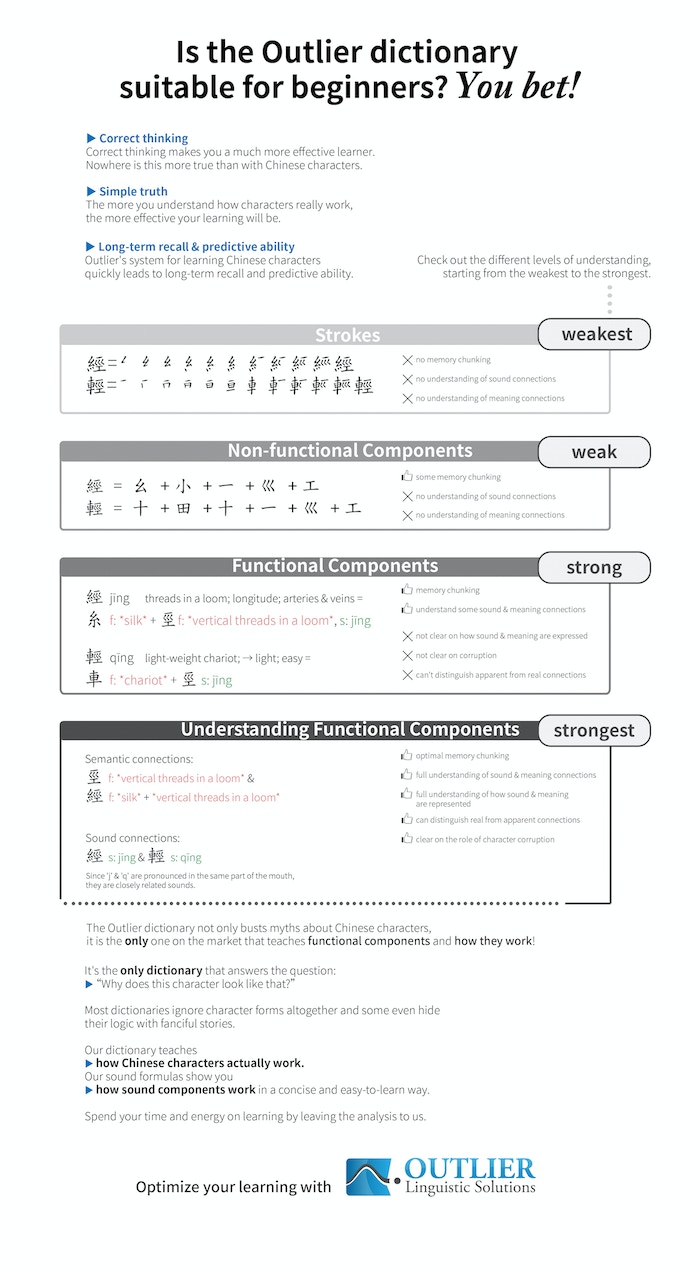 Choose from the most used tags

If you want to pledge your support or maybe just find out more about the project then check out their Kickstarter here: