The compounds fill out the remaining sounds that we need to cover in Chinese. A compound is simply a sound created from two or more other sounds.

For example -ao is a compound final constructed of the simple vowels a + o.

If you have a look at the pinyin table you’ll see that the upper row is filled out with compounds. 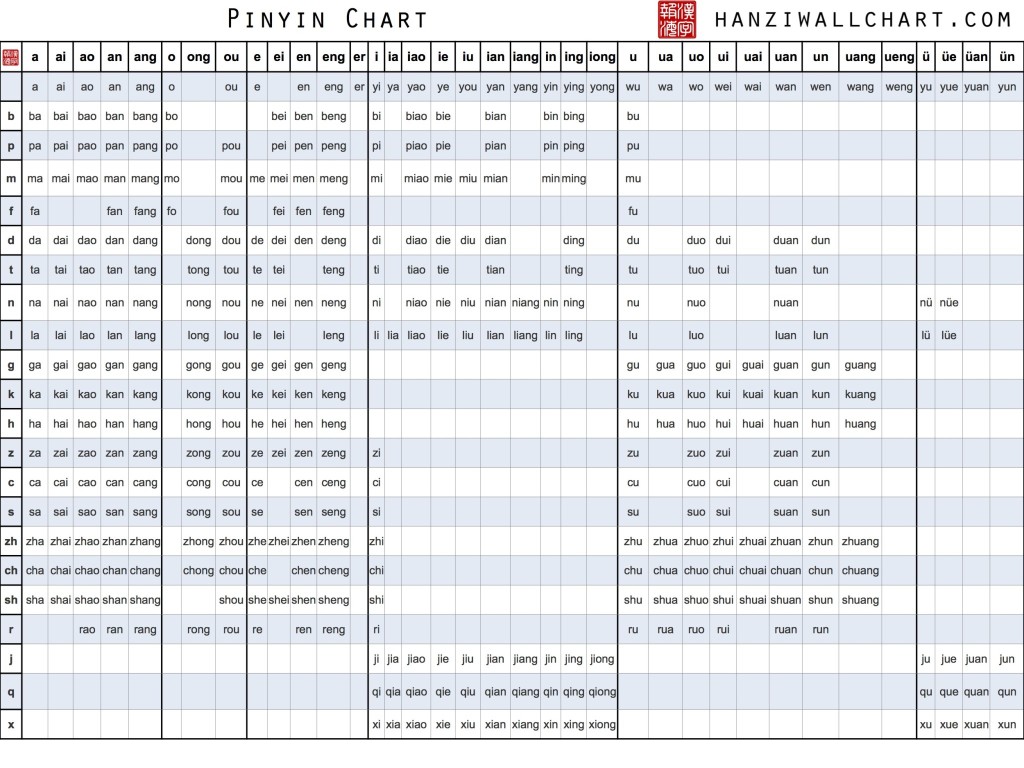 All the compound vowel sounds

The compound finals in Chinese are:

The good thing about Chinese compounds is that for the most part they take on the exact sound you get from simply merging the two sounds.

Therefore if you’ve nailed down the basic vowels using the explanations and exercises in the previous sections the compounds are simple to pick up.

Because each of these sounds are compounds created of sounds that you have already learned your workload is cut down substantially. We’ll therefore move at a fast clip through this section on compounds finals.

The only slight twist on this are the “nasal compounds” which are those ending in -n or -ng.

“Nasal” is just a fancy way of saying “through the nose”. These sounds vibrate through the nose rather than the mouth, giving them a nasal quality. Still note sure what “nasal” means – check any video that has Janice from Friends for the best example of a nasal sound.

We’ve covered in n- sound as a Chinese initial and seen that it is pretty close to the English n. At the end of a word it’s not too different. We’ll cover the -n and -ng endings after the basic compounds but know for now that it’s just a matter of completing an existing sound (that you already know) but with the sound coming from the nose instead of the mouth.

If you find you are having difficulties chances are the problems lie in your simple vowel sounds. Go back and review that section and make sure you know how to form a,e,i,o,u ü so that when you start combining them you won’t get tripped up.

As with the other sounds we have covered we’ll introduce how to make the sound, give some (very rough!) English equivalents and provide exercises and listening drills to get a firm grip on using the sounds.

Without further ado let’s get into it!